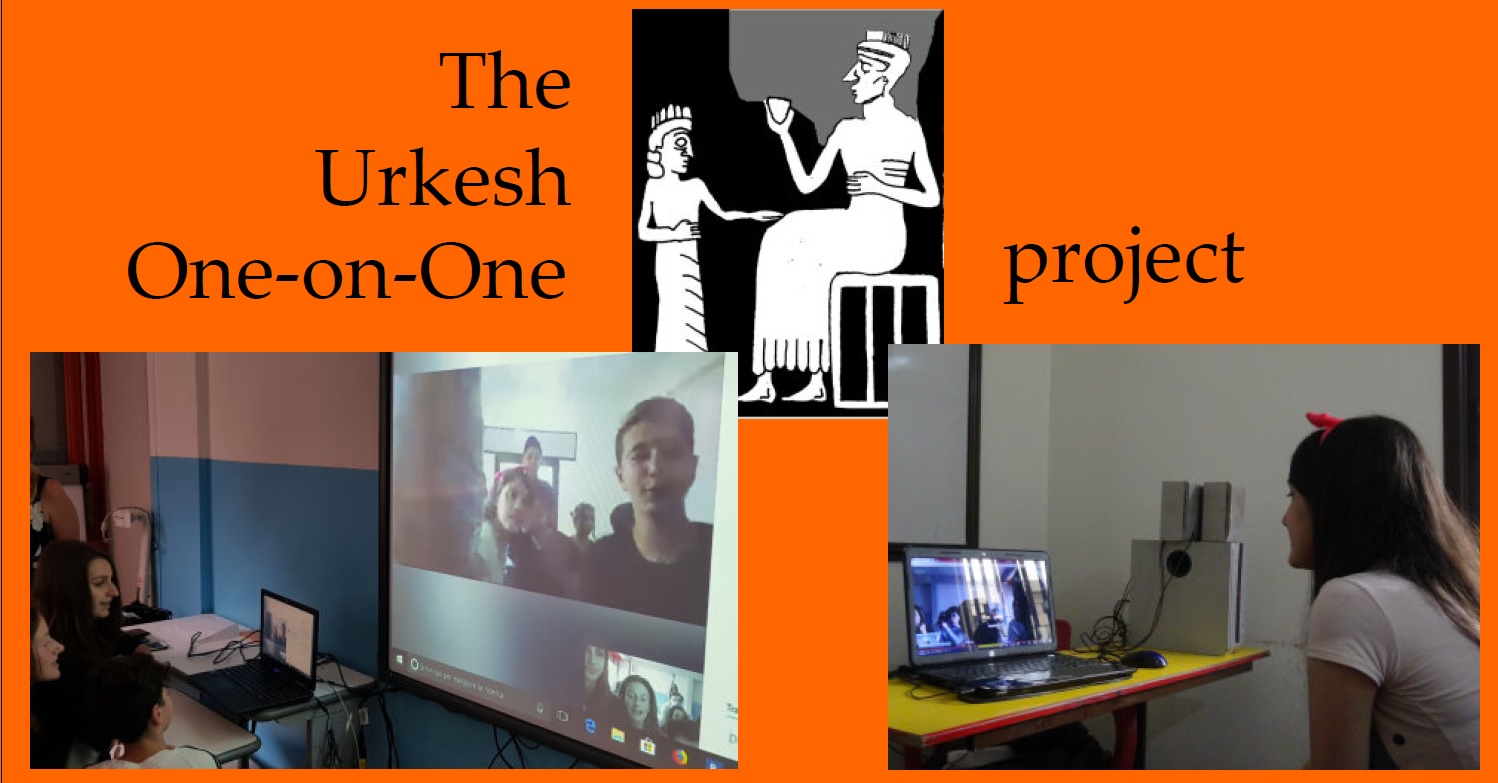 "Distancing" is the word we hear today, the world over.

But archaeologists have been practicing "distancing" for a long time. It is a chronological "distance." We look into a "distant" past and make it our own.
We break the barrier of time.

The Urkesh One-on-One project bridges the distance in both time and space.
And it does so relying on the young.

The youngsters who live near the Urkesh of today study the Urkesh of yesteryear, they visit the excavation site, and they interpret it and its history for the youngsters around the world – under the supervision of young Syrian archaeologists on three continents.

They do this on an individual basis, talking with each other across borders with the use of online connectivity. The cyberspace is being populated by the figures from ancient Urkesh, brought to life by their young "compatriots."

It is a new way to discover heritage: the local heritage being shared by the young Urkesh inheritors on a global and yet personal basis.

Urkesh One-on-One, by Hiba Qassar
The global pandemic provoked by COVID-19 wasn't the first challenge facing the Urkesh archaeological project. Nine years ago our team was forced to keep the physical distance from the ancient site of Urkesh and its local communities due to the war. Nine years were long enough to develop our remote communication approach, skills and projects to be close to local people despite the physical distancing. Therefore, various outreaching programs were delivered to respond to the Syrian dynamic scenarios and its needs, in order to keep local communities at the centre of the Urkesh Project. Thus, the pandemic didn't lead us to improvise solutions or to try what we were not already familiar with. In this sense, we were prepared and ready to act in order to face the new emergency and its consequences.

The project
The project was designed to adapt to the new safety measures caused by COVID-19 leading to school closure in many countries around the world. As a result of this closure, schools, especially in Europe or in North America, shifted from classrooms to online-learning. However, this change was not that simple for under-resourced or poor countries. Students in Syria, for example, were left without remote learning, due to the lack of resources in modern technology in schools and the lack of reliable internet access. Our concerns therefore went in particular to the youngest generations in Syria, aged between 12-14, who grew up in isolation due to the war, the sanctions and now the global pandemic. Although we had several successful previous experiences with schools in Syria, what we were looking to achieve this time was a more personal approach in which participants, i.e. the youngsters, can be the protagonist as individuals of the project. We were looking to see ancient Urkesh through their eyes and to listen to the history of the site through their parlance. In the same time, we were keen to consolidate their hard and soft skills through the various phases of the project.
To respond to this challenges, the One-on-One project was born in the summer of 2020 to include a group of school students from Syria, Italy, Greece, who were eager to discover themselves through their heritage and share it with their peers around the world using their own prospect and talents.
This project doesn't pretend to bridge any educational inequities gap between the participants or to contribute to the systematic educational process in any of the countries in question. However, it aims to offer the participants the possibility to increase their knowledge by discovering new aspects of other cultures through personal contact. Different from classrooms, this experience allows the students a certain level of liberty to satisfy their own cultural curiosities and to develop their communication skills with their peers from other countries. Through a direct and personal contact, among mid-school students, the individual youngsters talk to each others to create real relationship, using virtual means.
The meetings took place under our supervision and were designed as a journey that starts by talking about the past and heritage to move on to the present or the future. Based on the participants' interest and will to know about the others' past, present and future, each One-On-One meeting, took its personal shape and led to variety of outcomes. After the planned meetings under supervision, participants were invited to keep in touch with each others to know more about the life and the general landscape of other countries.

The project took its shape through various phases: click on the headings below, to follow its development.