We have been active in Mozan for 26 years. Every year we lived on the tell, sharing our work as archaeologists, our study and our daily lives with our local workers and collaborators. Inevitably, personal ties were intertwined with work ties, thus creating relationships based on respect and mutual trust: this is what has allowed us to keep our archaeological mission alive and active even at a distance, despite our absence.

For this reason, we cannot ignore the difficulties encountered by those who have welcomed us into their lives for so many years.

In our exchanged messages, unexpected news sometimes appear: during the last torrential rains, for example, one of our most longstanding collaborators lost his home. Built in the traditional way, with clay and straw, it was literally washed away by the water while he was inside with his family: they had to escape from a window, thus losing everything they had. That same day, however, our colleague went with to the site the others, to check that the ancient structures had not suffered any damage, and he worked hard to cover the stones of the staircase and close the curtains that protect the ancient walls of the royal palace. We knew what had happened to him by chance: in his report, sent to us shortly after the event, he described in great detail the condition of the Tupkish Palace, but did not mention his home!

Images of one of our collaborator's home, washed away by the storm


Another one of our collaborators, with us ever since the first year at Tell Mozan, lost all his fields due to a fire that devastated the harvest and the land. Many fires ravaged the entire region around Urkesh (see the photos below), and brought the local economy to its knees, a strongly rural economy that had already been put to the test by years of war. Yet he too has never stopped working on our project, not even for a day.

A third man from Terqa, who has been one of our workman for many years, contacted us to describe his situation: in difficulty because of the eight years of war, without a salary and without a job, he had suffered harshly at the hands of ISIS.

For our part, we cannot fail to admire the dignity and deep pride of the Syrian people: despite the difficulties they face every day, these men do not fail in their commitment and loyalty. Even after losing everything they had, they put Tell Mozan and our collaboration in the first place.
At AVASA, we cannot help but feel a deep admiration for these colleagues of ours: for this reason, we have decided to help them by giving them some extraordinary financial support, to help them overcome the current difficulties and look at the future with optimism. 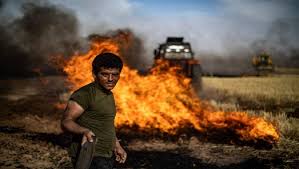 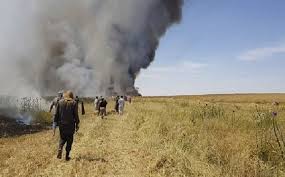 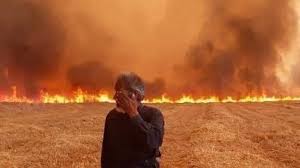